Swarm intelligence has become a prominent new field of biologically-inspired artificial intelligence. It takes its inspiration from the collective behavior of large numbers of individuals that collaborate with one another and their environment to achieve a common goal, and is seen in natural systems such as ant colonies, flocking birds and fish schooling. This article takes a closer look at the key capabilities of swarm intelligence and the top startups using swarm intelligence. 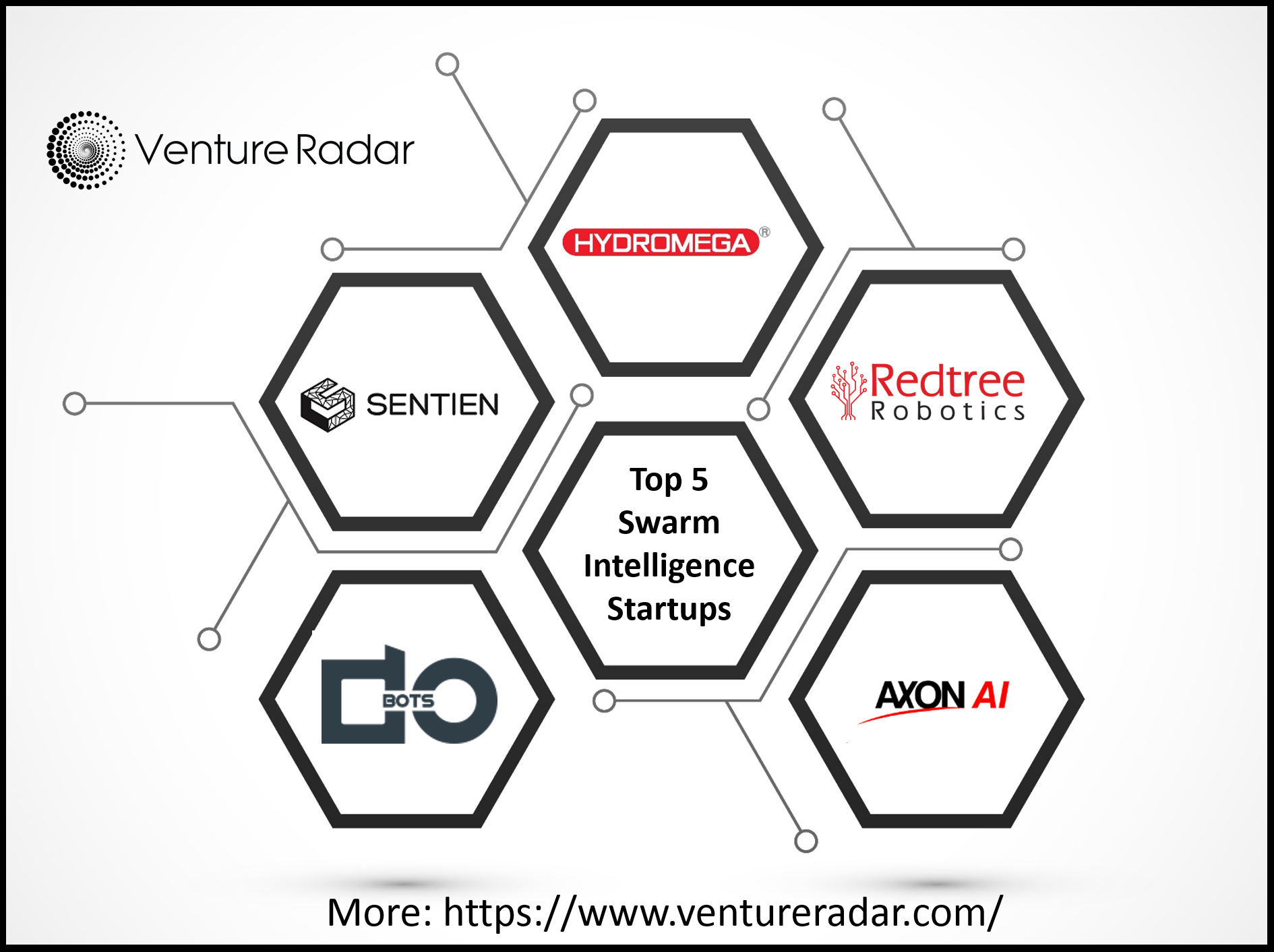 There are four key capabilities of swarm intelligence:

1. Optimization: Finding the best/minimum cost solution from all feasible solutions is called an optimization problem. For example, Particle Swarm Optimization (PSO) can be applied to the engineering design problem of urban water resources planning.

2. Routing: Finding the best set of routes for traversing from source to destination is called a routing problem. Ant-based routing is the inspiration to solve various routing problems, for example Ant Colony Optimization (ACO) is commonly used for vehicle routing problems.

3. Staff Scheduling: Assigning shifts and breaks to company staff, based on their own wishes and restrictions is called a staff scheduling problem. For example Particle Swarm Optimization (PSO) is used to solve nurse rostering problems.

4. Clustering: Grouping a set of objects together based on their similarities is called clustering. For example the use case of  Artificial Bee Colony (ABC) for group formation and task allocation in rescue robots.

Swarm intelligence is an exciting area of research and an increasing number of companies are using these techniques, so we have picked our Top 5 swarm intelligence startups from the VentureRadar database and provided further information on each below.

DoBots is a Dutch company specialized in swarm robotics: groups of autonomous robots that work together. One of of the company’s projects is FireSwarm, a group of UAVs, that collaborate to find a dune fire as quickly as possible. DoBots is a 2011 spin-off of the ICT research institute Almende. The research at Almende is focused on principles of self-organisation and networks of things (be it sensors, robots, humans, trucks).

Redtree Robotics is building chipsets that let you easily connect sensors, actuators, components and other parts to the robot without the hassle of complicated circuits, specialized hardware or device drivers. The company’s chipsets enable swarm robotics, allowing robots that are always connected and can easily share data. The Canadian company was founded in 2012.

Hydromea is Swiss startup founded in 2014 to develop technology that makes water quality measurements available at an unprecedented resolution, and much faster than traditional methods. The company has developed a new class of small autonomous underwater vehicles (AUV) that are designed to cooperate in large groups using a unique low-frequency radio system designed for robotic swarms. Instead of measuring only in one place at a time, the system can automatically measure many locations simultaneously – creating rich 3D data sets with high spatial and temporal resolution.

Sentien Robotics develops ground and aerial robots to serve the needs of surveillance, environmental monitoring, infrastructure inspection, national security, and more. The company develops scalable swarm intelligence software, fast sensor data processing algorithms, and robust robot hardware to bring automation “where it is needed the most”. The Harrisonburg, Virginia-based company was formed in 2014.

There is enormous potential to use algorithms inspired by nature to solve important challenges that impact industry and our daily lives. We’re looking forward to watching how swarm intelligence approaches – used by these startups, and others – help tackle these challenges.